You are here: Home1 / Organisational Performance2 / Embedded Trust3 / Taking trust for granted is not a neutral option

Trust is a wonderful thing when you have it. At times, though, we can grow complacent: we become so used to it just “being there”, that we forget what the world would like if it wasn’t. We forget about maintaining trust and, by the time we wake up to what has been going on, we may find ourselves seriously adrift.

Take smart meters – and the entirety of the smart grid project, now sputtering along in most of the world’s developed economies (and many of the developing ones too). The promise, by industry pundits and business analysts alike is that by installing equipment of greater and greater autonomy and intelligence into the homes of end-users, utilities will have more information and more control over how individuals use electricity.

Information and control leads to insight, leads to benefits on both sides of the equation: less need for expensive infrastructure investment by the power companies; lower costs and therefore lower bills for the consumer. You’d imagine that the public would welcome such a win-win situation with open arms. And you would be rightly puzzled by articles of the sort that have been appearing with increasing frequency which suggest that “a growing consumer backlash against new wireless digital technology for measuring power usage is slowing U.S. utilities’ $29 billion effort to upgrade their networks”.

That’s major investment not happening – and it is more than a minor glitch in the forward planning of utilities. The issue is trust. At the heart of smart grid development is quite a sophisticated bargain: consumers will, eventually, hand over data and control to external providers in return for a series of benefits that extend well beyond the financial, creating a greener future for all.

Still, there are issues. Pressure groups have pointed out that the installation of massive intelligent networks of the kind under consideration opens up massive security risks. Data can be stolen: systems hacked, with the result that the cyber-terrorist of the future could take over your TV remote. Or, more seriously, as temperatures drop to below freezing, turn off central heating and lock owners out from control of their own house.

Even if terrorists don’t manage this, there are concerns over privacy: the things that commercial organisations do with data every day. Losing it: abusing it; more generally doing things that they have neither right nor permission to do.

Nor is it just fringe consumer groups raising these issues. IT security experts have begun to say the same thing, adding weight to a growing chorus of dissatisfaction.

But the final straw appears to be the desire by many utilities for end-users to pay for the smart metering which, according to the industry hype, will eventually save the utilities themselves millions – billions, even – of dollars. While there may be a case for such an approach to major infrastructure investment, it is absolutely clear that utilities have failed to make it. Lobbying groups are having a field day. Plans are on hold across several states, as state legislatures look into the question of whether this is “fair” or not: elsewhere, utilities themselves are rethinking their options, waiting until they are sure they won’t be challenged before moving more cautiously forward again.

The situation is a mess. As reports suggest, major national investment – particularly in the United States – is now on hold for one simple reason: utilities took their customers for granted. They presumed that trust would always be there, while giving their customers little reason to trust them.

The resultant falling out goes much deeper than a simple difference of opinion. Without trust, real world plans must now be put on hold. Real costs incurred. Real savings deferred.

Taking trust for granted is not a neutral option. 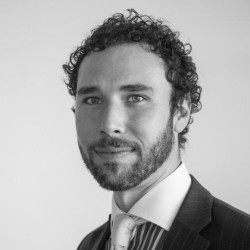 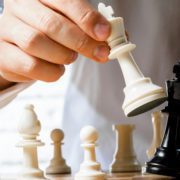 Don’t Neglect the Political Dimension of Applying Analytics or Insight 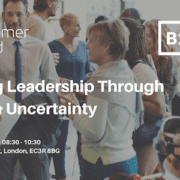 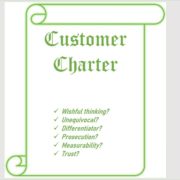 Define Trust – What’s in a name?

Why B2B companies need to become more attuned to their clients

Customer Attuned builds a culture of customer centricity based on B2B Trust so that sustainable, mutually beneficial and profitable relationships are maintained.

Other posts in ‘Embedded Trust’

or select a new blog category to view